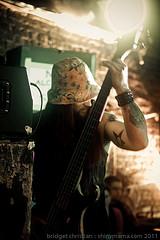 Abyss Abyss was responsible for a mysterious wind from spreading around the world, killing plant life that is in its path. This phenomenon leads to many heroes and villains make team together to investigate. The embodiment is similar to an entropy, a powerful monster that would bring the world back to its prime time destroying all life on the planet in the process. The real way aparenemtemente Abyss is a huge glowing sphere that moves around the screen. Abyss changed to three different ways when you fight with him. In the first battle surrounding the metal sphere that looks like a giant armor, which moves in a slow but powerful attacks. The fight takes place in a temple which is presumed to be located underground. After that form is defeated, the armor melts under the floor as the temple collapses. The Abyss sphere floats in the stage and the second form is revealed as a small humanoid alien stun able to create bubbles, shoot bolts of fire and energy, and sink under the floor as a way to prevent attacks.After this form is destroyed, the green body is transformed into a demonic beast orange sphere surrounding the Abyss. This third form attacks with powerful energy attacks and brute force. If this form is defeated, the area apparently lose its power and the cave and the island will sink the monster lives completely. Marvel Vs. Capcom 2 has only one end, which share all the characters. In many of the characters celebrate their victory over Abyss in the pirate ship, Ruby Heart.