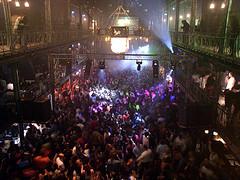 His parody of Evita, trots out his aggressive style of populist piquetera whenever it utters a Word. If it is also true that he is depressive maniac, he can lead his country to a catastrophe worse all the the Argentine people suffered. Cristina came to power dividing Venezuela sent money by his good friend Hugo Chavez, and taking advantage of the governmental machinery manipulated by her husband. It is surrounded by sinister individuals. Ex-guerrillas, terrorists and hijackers, now converted into cleptomanos Socialist bourgeois.

Since it began its mandate did not do anything positive, or you can do it. Still extorting to the ones that keep the country afloat: the agricultural producers. In almost two centuries the Argentina has failed to become a significant exporter of any items with high added value. Thanks to their brazen and incompetent rulers, it continues depending on the field. The optimists who 40 years ago wanted to create an industry or a respectable trade, today are in worse economic situation than when they started. The figures indicate that 26.9 per cent of the population lives below the poverty level.

According to the index of economic freedom, Argentina is ranked 108 among 157 countries (Chile is at number 8, in 40 Uruguay and Peru in 55). Among 150 Nations Argentine banking occupies the site 149. The Argentina is the third world with people well dressed and pretty face. The Buenos Aires streets full of garbage they resemble some African cities. The villas miserias spread to the Center. Criminality and lack of security are rooted. Environmental pollution is suffocating. The bureaucracy is unbearable. Services are lousy. And the list is long in the last half-century Buenos Aires practically was not modernized. Any Latin American City shows comparatively greater development. The Argentina disappeared from the international map completely. The only countries in Latin America that count in the world are Brazil and Mexico, to whom the Argentines looked at from above. Chile, Peru and Uruguay are headed towards a promising future. Argentina has no future.